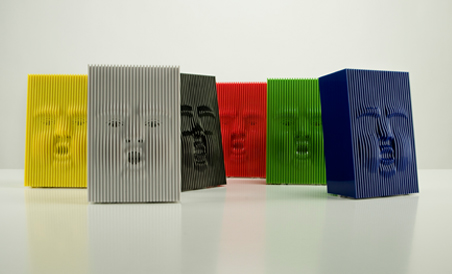 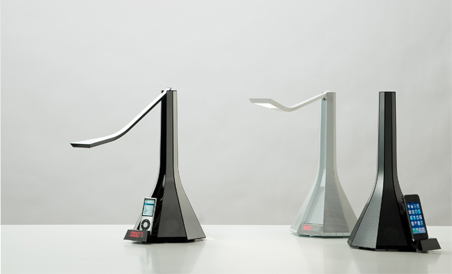 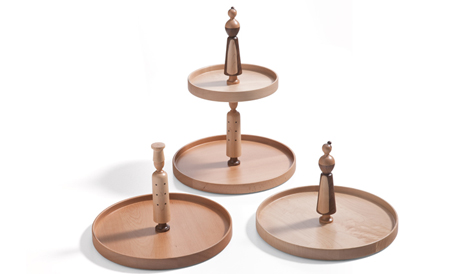 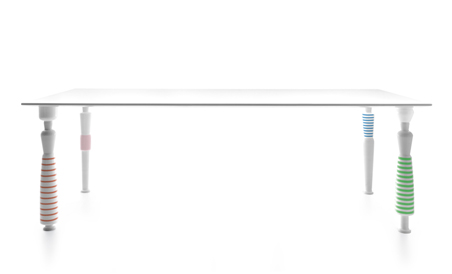 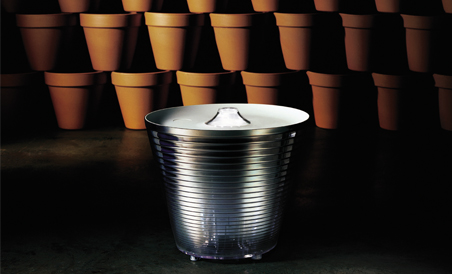 In the entrance porch of Palazzo Terzi, the chaise longue Passepartout carves the landscape of the plain: it is a small outdoor relax room. The Twentieth century table, like an architecture supported by human figures, is a place of pleasure and conviviality. In the winter garden of the palace, Multipot is a bright vase with no greenery but power supplies and cables. Among lutes and antique musical instruments, LaDiva is a contemporary instrument that gives light and plays music. Eolo, on the fireplace, creates a backdrop of lights and perfumes.

Dante Donegani was born in the province of Trento in 1957 and, in 1983, he graduated in Architecture at the University of Florence. From 1987 to 1991 he worked at Olivetti in the Corporate Identity area and, until 2012, he was the Director of the Master in Design Course at the Domus Academy. Since 2013, he is Director of the Department of Design at NABA.
Giovanni Lauda was born in Naples in 1956 and, in the same city, he got his degree in Architecture. From 1988 to 1991 he worked at Studio Morozzi & Partners and the following year, in Milan, he gave birth with Donegani to their architecture firm D&L. Donegani and Lauda, together, designed commercial and art installations and products for international companies such as Edra, Gufram, Luceplan, Playpiù, Radice, Rotaliana Viceversa. Their work moved to Japan in 2001 when, in Kobe and Yokohama, they took care of the Home section of the “Italy-Japan: Design as a Lifestyle exhibition. Three years later, their project “The house liberated” became part of the IX Biennial of Architecture in Venice, “Metamorphosis.” Passepartout, the chaise longue the two designed for Edra, is part of the permanent collections of the Milan Triennale and the San Francisco MOMA. Donegani and Lauda received the IF Design Award in 2005 for “Lisca”, the lamp they designed for Rotaliana. In 2008 came the recommendation for the Compasso d’Oro Award.