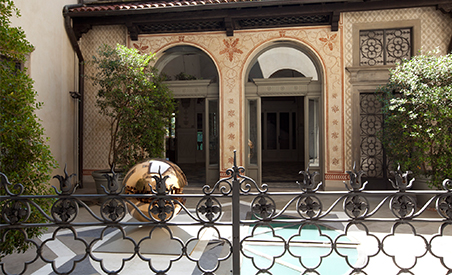 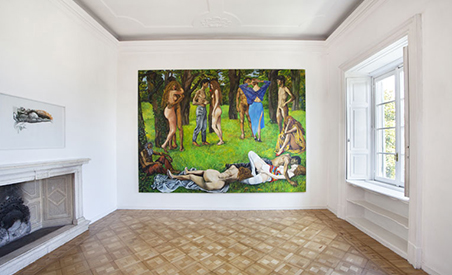 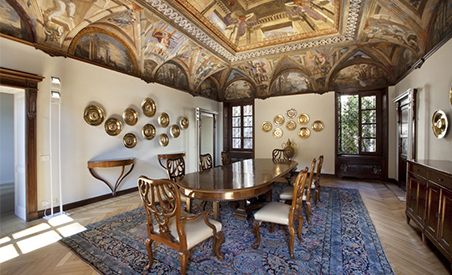 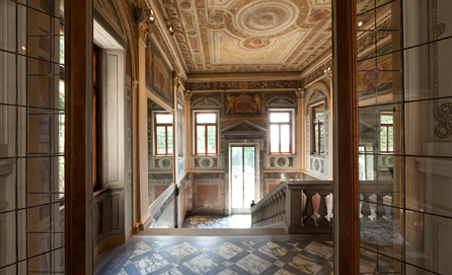 Casa Trussardi is built around an elegant central courtyard and overlooks the walls of Bergamo’s Città Alta with its terraces and gardens. A stone arc is preserved on the side of the main entrance, what remains of the thirteenth-century water spring located on the steep Via Osmano which, in Roman times, was called Via Magna, probably the main street. The historical and archival tokens on the building date back to 1570 and  show the beginning of the construction work. The house was commissioned by Alessandro Passi, a member of a family well- known in the city, whose private archive is still preserved in the Biblioteca Mai in Bergamo. The project was signed by architect Gerolamo Gallinari;  the architectural structure of the seventeenth century building was rebuilt several times over the centuries, until its latest structural change at the beginning of the twentieth century.

Casa Trussardi preserves a fresco-styled decorative setup, attributed to the school of Gian Giacomo Barbelli, commissioned by the Colleoni family who took over the Passis and kept the ownership of the house until 1784. Then they were Counts Sottocasa until 1879, to start a sequence of   owner changes. In 1911 the building was purchased by Count Ottavio Morlani who started a profound transformation of the space distribution and decoration. The Trussardi family bought the house in 1983 and, after restoring it, turned it into their home and representation premises for the famous fashion firm.