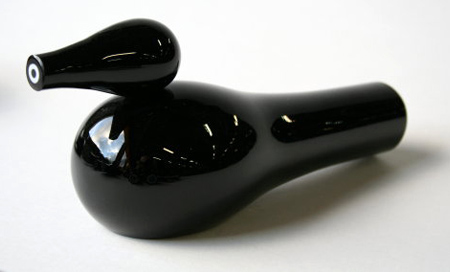 "Adventures with water and fire"

Works in glass and copper that are able to put imaginative force in resonance with elements of nature in its primary aspects. A tour through five rooms of Palazzo Agliardi, which combines the natural and artificial, the new and, at the same time, very ancient forms.

Born in Verona in 1955, Giorgio Vigna received his artistic education in his city of birth, Venice, Rome and Milan. As an artist and designer, he continuously works along an imaginary boundary between various fields of art. He expresses himself through many different media, from jewellery to sculpture, design and installations. In his exploration he experiments with the potential of the material, he respects it and, at the same time, explores its extreme limits, revealing its hidden possibilities.

His artistic exploration into glass led him, from 1997, to embark, as a designer, on an intense and continuous collaboration with Venini and from 2005 withIittala, companies with which he has engaged in important projects dedicated to glass. In 2011 he was invited to participate in the exhibition TRA. Edge of becoming at Palazzo Fortuny in Venice, which coincided with the 54th Art Biennale, creating the sculpture Sospeso (Suspended) especially for the event. This invitation is a powerful recognition of his long career path, which has evolved over 30 years and is distinguished by numerous one-man shows hosted by important museums in Italy and abroad, including Altre Nature (Other Nature) in 2010, again at Palazzo Fortuny, Giorgio Vigna – Jewels in 2007 at the Helsinki Design Museum with a catalogue published by Moleskine, and a one-man show at the Luigi Pecci Museum of Contemporary Art in Prato in 1992. For the first time in Palazzo Agliardi, Giorgio Vigna is exhibiting a complete and systematic collection of his extensive work with glass, including objects and archive projects that have never been presented to the public before.