This designer was invited in 2011 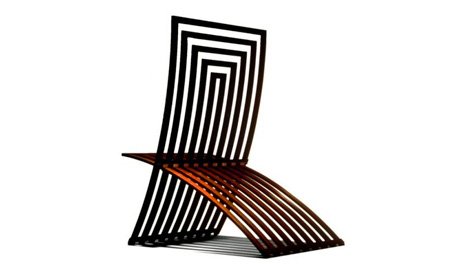 A Bohemian chandelier for the 21st century, as a contemporary star, shines over the Baroque setting of Palazzo Terzi.

Fabio Novembre was born in Lecce in 1966. After graduating in Architecture, he attended a course in film direction at New York University. Some years later, he was commissioned his first interior architectural project: the Anna Molinari Blumarine shop in Hong Kong. He opened his own studio in Milan during the same year. From 2000 until 2003 he worked as Art Director at Bisazza, contributing to the international launching of the brand. From 2001 onwards, he has worked with some of the leading brands in Italian design like Cappellini, Driade, Meritalia, Flaminia, and Casamania. In 2008, the Municipality of Milan dedicated a large exhibition to him in the exhibition area of the Rotonda in via Besana, entitled “also teach me the freedom of the swallows”. In 2009 the Triennale Design Museum in Milan invited him to put together and create an exhibition on his work, called: “Il fiore di Novembre”. In 2010, Novembre designed and curated a stand for the Municipality of Milan, representing the city at the Italian Pavilion at the Shanghai Expo.