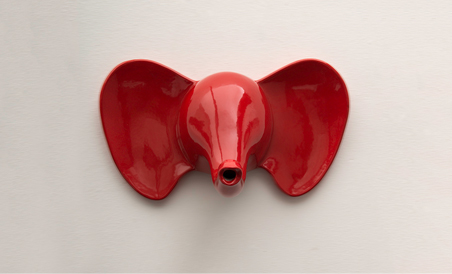 "The context and the soul of things"

A series of contemporary decorative items, handmade and designed by Aldo Cibic, all set in Palazzo Moroni: from the Party, Bongo and Many carpets to the big and small Dinos; from the Piggy and Foxy jugs to the Big One; from Pocket Landscape to La Long, to the Tray Collection. The designer defines its installment the contamination of a contemporary reality, unexpectedly, for a moment.

He was born in Schio in 1957 and, at age 24, already worked in the studio of Ettore Sottsass as a collaborator. In 1980 he became Sottsass business partner and participated in the founding of Memphis, the collective of designers and architects created to “break free from the conformity and mediocrity that pervades everyday life.” From the beginning of his career, Cibic proved to be a powerful innovator, dedicated to experimentation and pervaded by intuition and emotions in his moving out of the canonical rules of composition. Featuring a fusion of several styles and more expressive forms, he always intended to move energy, arouse visions and develop ideas. In the Eighties, Cibic gave life to his first self-produced collection, “Standard”, offered to the public in his loft apartment in Milan. Since then, the impromptu exhibition has constantly accompanied his work of research. Since the early Nineties, the central theme on which Cibic’s research has been developing is sustainability, both in a physical and environmental, cultural and social way: the birth of the “design of services” which, to this day, continues within the Cibicworkshop laboratory. In it, the environment is observed, reimagined, reinvented, rediscovered until the reconsideration involves the very idea of happiness: Do to others what you would like to see done to you. New realities for new ways of living.